Where legends are born and bred. A registered kennel of the IOEBA.

The beasts have arrived!!

Males are chosen for their mass and muscle tone.  He should look like a male.  Broad shoulders, barrel chest, straight fronts with tight feet and good angulation in his rear.  I would like to see a nice big head, but proportioned to his hight and width that does not look like he should be falling over with his nose to the ground.

We offer 3 different stud fees for our proven males

- To select females we wish to keep a pup from we will offer a $300 fee at time of breeding and 2nd pick pup which we will choose at 7 weeks of age after a temperament test and structure evaluation.

Wraith has completed his health testing, including x-rays for Hip Dysplasia

(scored good).  He is sound, healthy and now open for Stud. 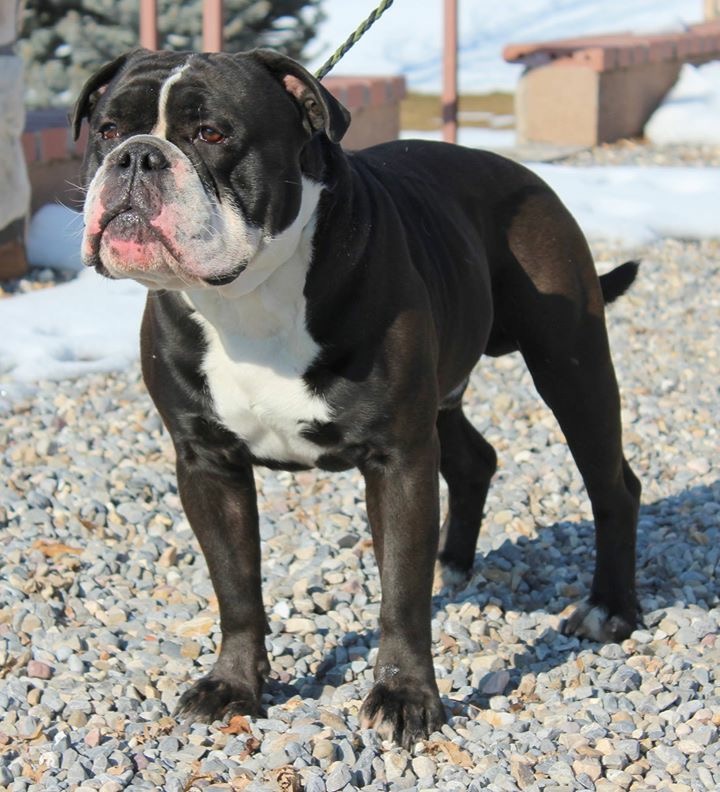 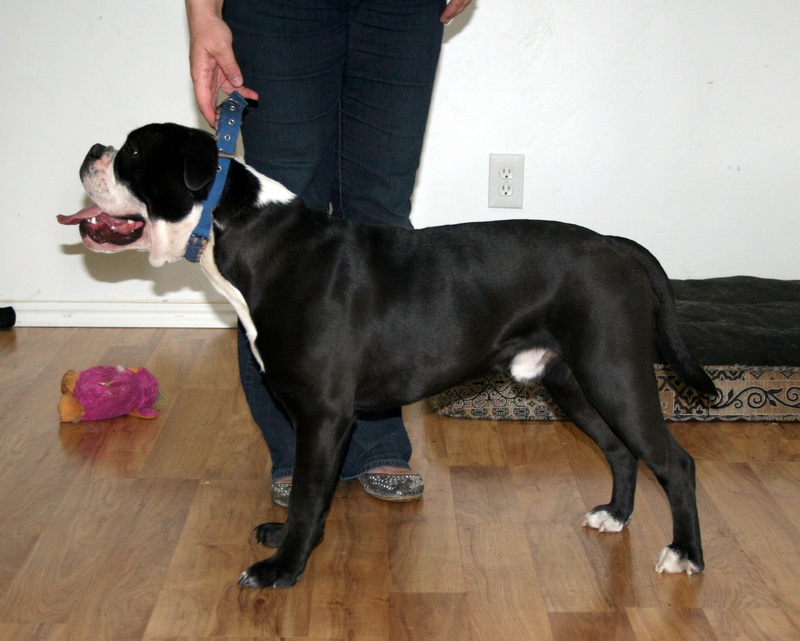 JR is available to stud to approved Females Only!

Junior is co-owned with JaNae at 7 Acre Kennels.  He is the pick pup out of her Charlie Brown Rosette and Mischief's Summer Memories, "Sophie", litter 2010.

He is a very calm pup, with his dads playful clown side we loved so much.  Except for a few missing spots Jr. could be an axact clone of Charlie.

Watch out for this boy in the comming years because he is going to make a dent!

Pro's: JR has a great head structure, square and set high.  He has a good button ear set.  He has nice tight eyes with good liner around them and the nose and mouth.  His muscle definition is good.  Straight front legs with good rear leg angulation.  Thick neck.  A good roach to his back with a nice barrel chest.

Con's: I would prefur a cleaner bite with zero teeth showing.  Though his bite is still good, just not my ideal.  His nares are not open like I want to see, but not closed or totally pinched either.  The last thing with JR, is his front feet turn out just ever so slightly.

At the Rum-Bull in the Rockies show in Utah Sept 3rd, 2011 Junior took 3rd in his 1st IOEBA show class. He went on to take 1st in his class, Best Male, and Best of Breed in the first UCA show. And in the 2nd IOEBA show he took 2nd in his class.  He did amazing that day placing in 3 of the 4 shows. 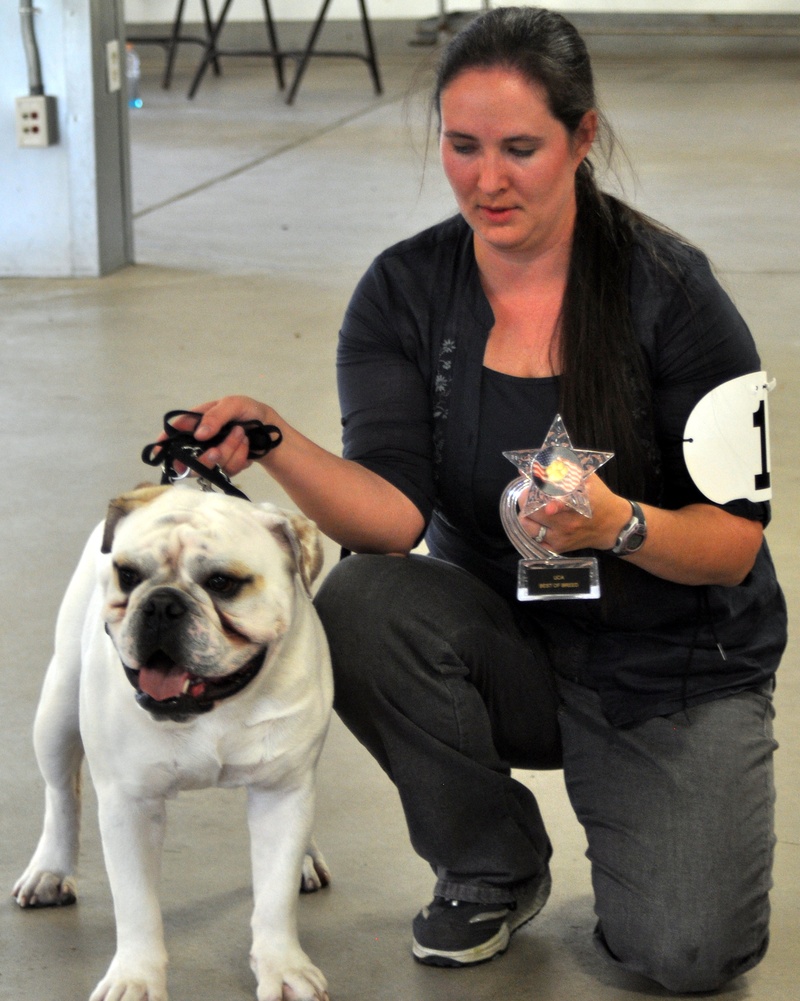 
This pedigree was built for free at American Bully World.

Marley is out of "Rue" and "Molone", and bred right here at Timp Bullz.  He has been placed out on a co-ownership with friends.  He is a great mix of his mom and dad. Marley Showed for the first time at the Rum-Bull in the Rockies show in Utah September 3, 2011.  There were 2 IOEBA shows that day.  He took first place in both his classes.

Pro's: Marley is a very athletic dog.  Head set high on a thick neck and with good button ear set.  He has a great clean bite.  Tight eyes.  Straight fronts and tight feet.  Nice round chest. He was born with a pump handle tail no kinks in it, but docked for a cleaner look.  His nose length is almost perfect for what I want in my dogs, with nice round open nares.

Con's: Marley lacks some in his rear leg angulation.  He also needs a better deep square stop to his muzzle.  And for a male he lacks a little in bone mass.


This pedigree was built for free at American Bully World.